Our customer has just moved to central Florida and needed to sell her car quickly. CarbuyerUSA were able to complete the process including picking up the car within 48 hours. If you need to sell your car quickly and safely give us a call. When time is of the essence, CarBuyerUSA is the place to call! We were able to complete this purchase in 48 hours! If you want to sell today call CarBuyer USA!

Rick travels out of town on a regular basis. Due to his busy and demanding schedule he did not have the time to sell his car himself. Car Buyer USA was able to offer Rick a fast, easy, and safe way to sell his car without dedicating his time to meet with prospective buyers. CarBuyerUSA is a great option for those who are always on the go!

CarbuyerUSA buys Bentley's and other high end vehicles. When other companies limit what they buy based on a dollar cap, CarbuyerUSA is the only National Car Buying Company that doesn't have set caps on what we will consider for purchase.

If you have an Exotic, call us or visit our website and submit your vehicle information for a quote today. Family vehicle was getting up there in miles and they wanted to get a new vehicle. The dealer didn't want to offer much due to the high miles. They contacted CarbuyerUSA and we were able to offer them much more. They were able to walk in with cash in hand for the down payment for their new vehicle. Seller lost his job and needed to get out from under the big payments. CarbuyerUSA was able to make a surprisingly great offer AND put some money in his pocket after paying off his lien holder. If you have a car or truck with major mechanical problems we will but it. Carbuyerusa bought this Explorer with mechanical issues and paid cash quickly and safely. Our customer was in a tough jam. He was in an accident with an uninsured driver, CarbuyerUSA were able to buy the wrecked car and put cash in his pocket t buy a new car. We want your wrecked car and will buy it quickly and safely 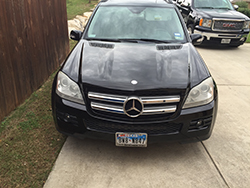 Customer ordered a new vehicle and the dealer didn't offer enough for the trade so he visited CarbuyerUSA.com for an offer. He had also been to Carmax and received an offer from them. CarbuyerUSA was able to beat any offer he had previously received and purchased the vehicle. 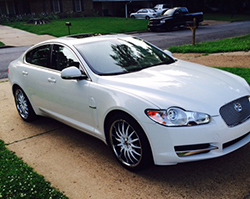 This customer tried to sell her Jaguarfor several months. Her challenge was that the vehicle had multiple previous accidents. She couldn't find a buyer that would pay close to what it was worth. She called us on a Thursday and we completed the purchase the next Saturday. We are not scared of accident history and pay quickly.