As we said in the A’s list, not only do we buy cars, give you a high instant cash offer, make it so you sell your car quick and get cash in the bank FAST, SAFE, and EASY, but we’re your place for information you may not know about. For instance, we’re doing a series by alphabet letting you in on the hidden meaning a carmaker's emblem that people instantly recognize. We want people to know we buy cars that are not so expensive, luxury expensive and exotic car expensive. Car Buyer USA also has a fleet program and buy where we buy from small businesses and mid-sized fleets. We pretty much cover a lot of ground in the car buying business, so when you’re thinking, “sell my car, truck, van, or SUV,” think CarBuyerUSA before you sell your car. We’re the best and will not be beat! Now, let’s take a look at the Bs. 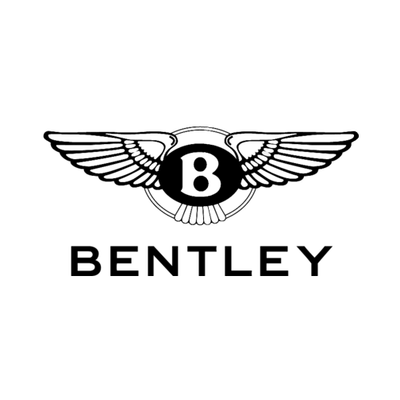 During the WWI, Bentley began manufacturing aircraft engines so it just made sense to go with wings. If you look close, you’ll count ten feathers on the left and eleven feathers on the right. The number of feathers on either side of the wings has varied throughout history. The color silver expresses the logo’s sophistication.

Do you own an BMW and thinking “sell my car”? See how we work, get an instant cash offer, and sell your car quick. We buy cars fast. 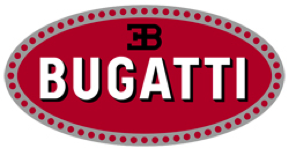 This is a favorite of mine and I’ve said for quite a few years now, I will have this thing. Meh, what’s life without dreams, right?

Ettore Bugatti’s – the brand’s founder – initials are represented in the motif within the oval. The origin of the red oval consisting of 60 red dots is conflicted. There are two options that are both plausible; Bugatti’s lack of gaskets and the safety wires in the engines, or they’re pearls indicating grandeur.

So there you have it. The list of B’s in its own right epitomizes luxury and exotic, which by the way, we buy exotic cars too.

Before you sell your car, think about us. We’re your dedicated used car buying experts and we buy cars fast, safe, and easy, even if your vehicle has been in an accident and now drives and looks as good as the day you drove it off the lot. What’s more, we’re your total loss thresholds (TLT) experts and we give you the highest instant cash offer for post-accident vehicles in as little as 20-seconds. Once you have your offer, you can sell your car quick for the highest amount you’ll find. Maybe you don’t know what diminished value is or maybe would like to know more, if so take look here. If you’re thinking, “I need to sell my car fast” you can skip right to how it works. 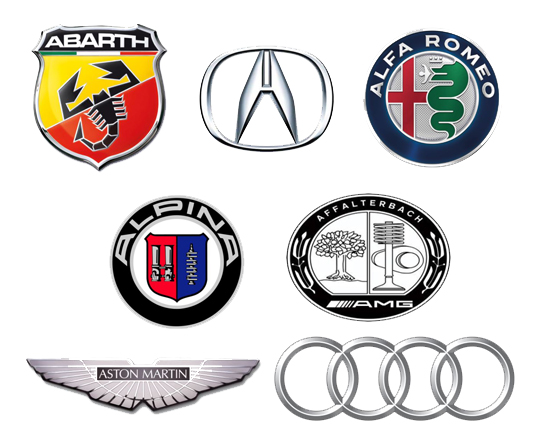 Not only do we buy cars and you can get an instant cash offer to sell your car quick to us, but we are your place for interesting information. What’s in a carmaker’s emblem? Are there hidden meanings? You bet. Carmaker’s emblems are something everyone can instantly recognize at a quick glance. So where do their meanings come from? We want you to know before you sell your car, so let’s look at the A’s first. 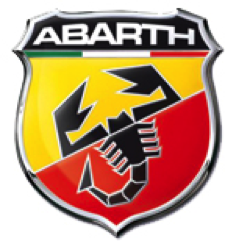 This one is based on Carlo Abarth’s – company founder – astrological sign. Located at top is the Italian flag and the color red which is Italy’s national racing colors. Today you can find the badge on Fiats. 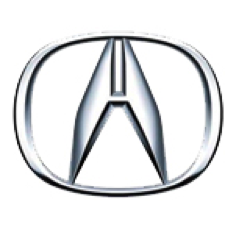 You may think the letter “A” represents the first letter of the name of this one, but actually, the logo depicts the caliper tool that’s used to measure thickness. This alludes the company’s efforts to achieve engineering excellence for its vehicles. Another interesting characteristic is if you look close enough you’ll see there’s an “H” within the logo. This “H” indicates Acura’s link to Honda, its parent company.

Do you own an Acura and thinking “sell my car”? See how we work, get an instant cash offer, and sell your car quick. 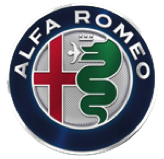 ALFA ROMEO – ALFA is the acronym for Anonima Lombarda Fabbrica Automobili and the surname Romeo is for the businessman who purchased the company in 1915. On the left is a red cross which is Milan’s symbol. On the right you’ll find the insignia of the House of Visconti – a crowned viper swallowing a Moorish man 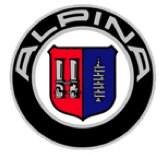 The history of Alpina isn’t one you’d relate to when thinking “sell my car”, rather you’d be thinking, “I need to type memo.” This carmaker’s roots lies in producing typewriters by the Alps. The company’s badge has a Weber carburettor (carburetor in America) and a crankshaft. The carburettor represents its close relationship with BMW, which has BMW’s blessing in producing about 1500 BMW-base cars per year. 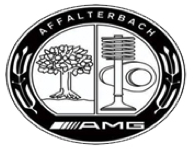 Almost always you see the AMG logo on the back of Mercedes, though a boring fact, the reason for three letters is very self-explanatory. Affalterbach, Germany is where the Mercedes-AMG factory is located. In the left of the logo’s circle is a stream and tree referencing Affalterbach’s flag, and the spring and the valve stands for the factory.

Lionel Martin co-founded the company and Aston comes from his success at Aston Hill Climb. In 1927, the “wings” was chosen representing speed, and rumor has it he was inspired by the Bentley’s “Winged B”.

August Horch, founder of Audi, left his company and was blocked from using his namesake for any other businesses. As a result, when his son suggested the name “Audi”, he used it. In the German language, the word horsch translates to “listen” and translates into “audi” in Latin. The logo derives from Auto Union, which in 1932 was the merger of the four major brands, Audi, DKW, Wanderer, and Horch. To signify the union of each brand silver rings were chosen, and the color silver represents Germany’s national racing color.

There you have it; you now know the hidden meaning of the “A” in carmakers’ emblems.

Before you sell your car we hope you’ll think about us, we’re your used car buying dedicated experts. We buy cars fast, safe, and easy, even if your vehicle looks and drives as good as new after an accident. What’s more, we are the experts on total loss thresholds (TLT) and we still give you the highest instant cash offer in as little as 20-seconds and you can sell your car quick for top dollar. If you don’t fully understand diminished value and TLT, have a look here. If you want to skip right to how it works, you can check that out now.