No Hassles! We Come To You.
Toyota seeks recall waiver from NHTSA - CarBuyerUSA 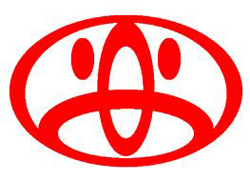 Well it looks like I spoke to soon about Toyota, coming to their defense as a lifelong admirer of the automaker with the best quality in the world! Maybe there is a lot more to Toyota's willingness to participate in recalls after all. Maybe there's denial or dismissal surrounding some of the quality problems they have encountered? Maybe it's just about profit and the US Consumer doesn't really matter anymore?

Take a look at this article:

Recalls don't change the fact that Toyota makes a great car folks. The fact is…"they do make a great car". Toyota is probably the best global auto manufacturer when it comes to DQR. That stands for Durability, Quality & Reliability. Yeah it sounds pretty cool and no it's not an acronym I created. It is an OEM term used most frequently to describe what the customer "expects" in an automobile. The operative word is "expects" which implies that it is a given and it's a requirement, not a request. US Consumers demand DQR and its like the foundation of a house, it holds everything together. People don't buy cars solely for DQR nor do they buy houses for the foundation on which they rest. There are other key drivers like brand image, performance, affordability, cost of ownership and styling. But that foundation must be there and it has to be strong.

Nobody talks about DQR and they don't talk about how an automobile manufacturer treats its owners when it comes to the warranty. When the foundation has a small crack in it, it has to be tended to and that is what a recall represents. My grandfather taught me that recovery from a mistake is more important than the mistake itself – as long as you don't keep making that same mistake over and over again. Toyota & the recall… seems like we have seen an arrogant approach?

Toyota made some mistakes with the implementation of recalls. They may have denied warranty assistance to their customers in connection with those service "campaigns" that exist in the form of TSB's (Technical Service Bulletins) which is manufacturer speak for a known common component failure that exists in volume. If it were just one here or there, the TSB wouldn't exist. So the TSB really equals the "pre-recall" evidence. Auto Manufacturers like Nissan will step up and pay for a customers warranty repairs to keep that customer happy. I think that Toyota is acting in poor taste by refuting a NHTSA Waiver after the class actions and all the negative press they took over recall implementation.

The best way to handle the recall is to do it voluntarily and with humility. Toyota may need another smack down or two before they get it right.