No Hassles! We Come To You.
We Buy Cars at the Auction Turns into Mustang Sally

We Buy Cars at the Auction Turns into Mustang Sally

How the heck does “we buy cars” turn into “Mustang Sally”? Watching some big auction on Sling TV last night sparked a conversation about my love for this icon. America’s love affair with the Mustang – every single model since the first one rolled out – partnered up with a song that’s been keeping us on the dance floor for decades, is still going strong. “Mustang Sally” goes all the way back to 1965 with this road muscle, when there was a frenzy surrounding the Mustang. I’m pretty confident no one would have said “buy my car”, but rather “get away from my car!” Except for Sir Mack Rice, he wanted nothing to do with it since he liked big cars, like the Cadillac and the Lincoln. I always find it amazing when something as simple as a mistake gone wrong turns into major invention, or a joke turns into an American Icon. And “Mustang Sally”? We ALL know it. 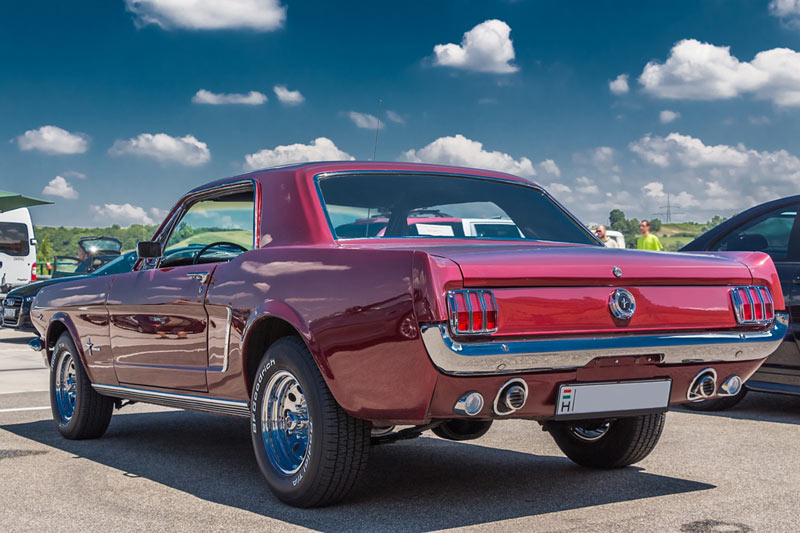 "...so we was driving down Riverside Drive one day in New York City... He looked up there on the sign and he said, "Hey, that's that Mustang right there."

“…Mustang Mama, I had a chorus in there ride Sally ride Mustang Mama slow your Mustang down. But that was very negative.”

Thank you, Ms. Aretha Franklin. If it was “Mustang Mama”, I wouldn’t be here writing about it.

“…why don’t you change your song to “Mustang Sally” cause that’s what you’re saying a lot of?”

Have a listen to Sir Mack Rice telling the story. It’s pretty cool.

A little factoid for you – the very first retail Mustang sold, and I do me the very first one, was a baby blue Pony in a back room covered up with a tarp. And guess what? As a woman I am proud to announce it was sold to 22-year old Teacher, Gail Wise; and in December 2013, she still owned it! What a wise woman, that Gail.

If you have a vintage Mustang, we realize the chance of you selling it to us is closer to “slim to none”. But if you have one, shiny new or one that’s been around a while sell your car to us. We’ll give you top dollar for it and have the cash in your hands lickty split… even if her name is Sally.